"Cooperatives that have flourish in this area are those that try to build an economic structure that is different from the past, based on the principle of solidarity rather than gains from criminal activity. Solidarity starts from the assumption that we must leave no one behind because if even only one person is left behind the entire economic system will collapse"

The project Casa di Alice (Alice’s Home) was founded within a context of cultural transformation. It was established in a building confiscated from the mafia boss Pupetta Maresca. This building is now the headquarters of the cooperative known as Altri Orizzonti – Jerry Essan Masslo. The cooperative was set up in 2011 by a group of young volunteers from the Jerry Essan Masslo Association, itself created in 1989 when seven doctors and a social worker decided to act in response to the murder of Jerry Masslo. Since then, the association has carried out projects of cultural integration and social and health assistance, in particular for immigrants. Alice’s Home was initially given to the association, and then, when the Altri Orizzonti – Jerry Essan Masslo cooperative was set up, this mission became the heart of the economic and social projects of the cooperative. The final aim of the projects is to address the needs of difficult areas such as Castel Volturno. Some initiatives of the cooperative are as follows:

- The social tailoring initiative “Made in Castel Volturno”, which is a tangible result of how Italian and African tailors can craft clothes together and create an opportunity for decent work, dignity and intercultural exchange.

- The project for local development “Buona Terra” (The Good Land), which involves producing organic tomato sauce on uncontaminated lands confiscated from the Mafia. This project aims to promote decent work and innovative collaboration among farmers and throughout the whole value chain by including social cooperatives in processing activities and selling the final product to joint purchasing groups like DESBRI. 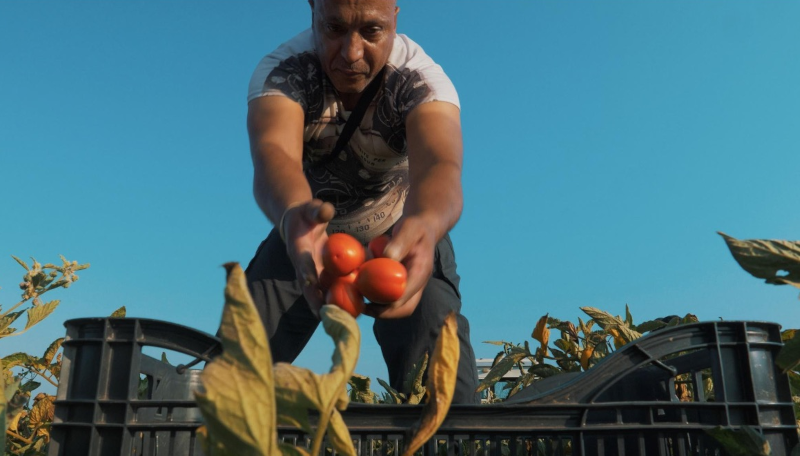