"We managed to free babaçu here in our territory. Our life is made of battles, hard work and fights. To be able to deal with everything, the cost of living, sustainability, ignorance, and misunderstanding. This struggle in defence of the babaçu palm tree, our mother, is very important"

COPPALJ (Cooperativa de pequenos productores agroextrativistas do Lago do Junco e Lago dos Rodrigues) is a family farming cooperative located in the municipality of Lago do Junco, in the Maranhão State, one of the poorest States in Brazil. The cooperative was founded in 1989 by smallholder farmers and babaçu nut breaker women, who are rural workers devoted to collecting and breaking nuts to produce babaçu oil. Before setting up the cooperative, most of the families were involved in fighting against landowners who were jeopardizing their continuity on the land they were used to living and working on. Once they managed to maintain the control over their land, they started their fight to protect the babaçu palms. They managed to pass a municipality law that extends their control over the babaçu palms and guarantees them free access to this natural resource that landowners wanted to destroy to replace with livestock breeding. In addition, a cooperative was set up to enhance babaçu's value and its commercialization. Today, the COPPALJ has 201 members. It transforms babaçu nuts into organic oil, which is sold in local, domestic and international markets. The COPPALJ has also created a network of 8 shops at community level, where members can sell their nuts and buy several items for consumption. This is a mixed cooperative, where both women and men can be members. As women members reported, it took a lot of work and training for women to actively participate in the cooperative management and for men to accept women leadership, and yet there is still a long way to go. The coop is also part of a network of social movement organizations, such as local NGOs, like ASSEMA and AMTR, trade unions and family agricultural schools. Since the coop was set up, the quality of life of the members and their communities has substantially improved in many domains, from nutrition to education and from access to health care to decent housing. Most of all, as they reported, by acting together they have empowered themselves and found their own way to freedom and social justice. 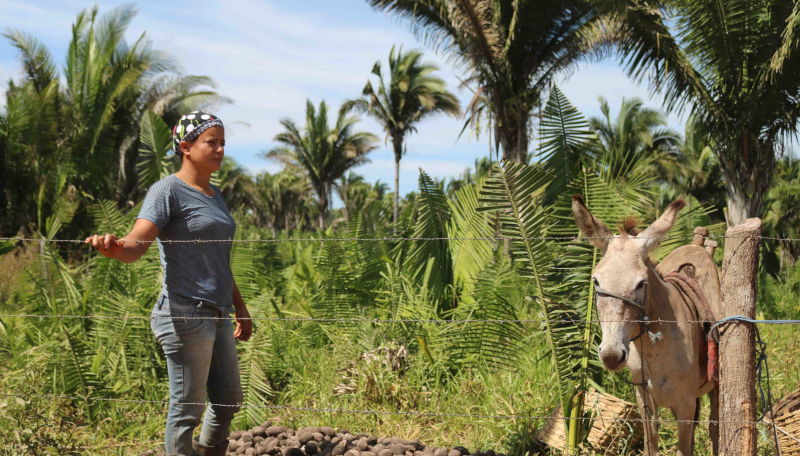