"Now, everything has changed. Not only for economical aims, but also social ones. The mentallity has totally changed. Now women have self-confidence"

The Cooperative Toudarte, Toudarte in Amazigh meaning “life”, is a women’s cooperative set up in 2004 by a group of 15 women in Aksmou village, in Imsouane town.

Fatima Ihihi took the very first steps which led to the foundation of the cooperative. After completing her studies, Fatima came back to her village and launched a powerful project of women’s empowerment. Following the footsteps of her father, who found an association aimed at guaranteeing access to drinkable water and electricity after the drought of 1995, Fatima set up a women’s association to improve access to education for women and children. As soon as she started raising awareness among people about the importance of women’s education, she faced the reluctance of families as social norms were a major impediment to women’s empowerment. However, soon her efforts were rewarded: some women joined the association and they then founded a cooperative for the production of argan oil. At the beginning, the cooperative aimed to commercialise almonds, then women specialised in the extraction and production of argan oil. The success of the cooperative encouraged many women to participate. In 2007, the cooperative joined the “Economical Benefit Group Traganine”, a union of six cooperatives marketing argan oil and leveraging their negotiating power to obtain a fair price for products.

Today, Toudarte counts 100 members, exports high quality products globally and has found success in international markets. In addition, in order to be sustainable, the cooperative has diversified its production by starting new activities, such as poultry farming. The cooperative also provides members with key services, such as a kindergarten and shop located in the cooperative’s premises, easy access to zero-interest loans, and to healthcare. 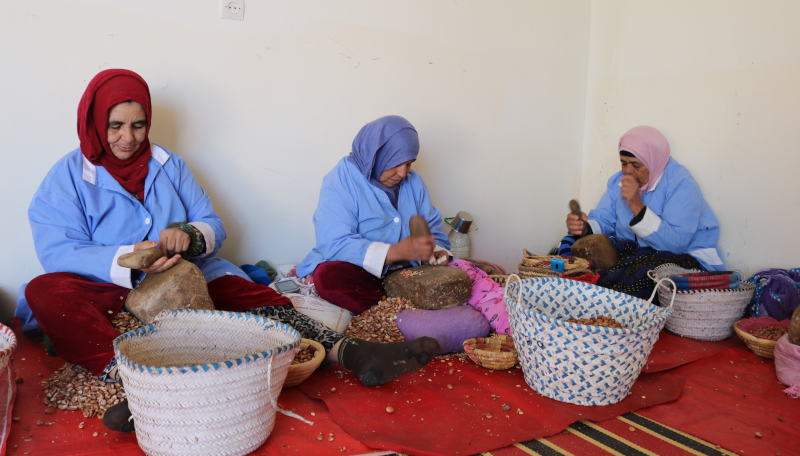