Castalia is a housing cooperative located in Barrio Sur, Montevideo. The neighborhood’s idiosyncrasy is linked to the birthplace of the music and dance candombe. For several years, it has been marked as a ‘No-Go Zone’, marked by inequalities and insecurity. Moreover, earlier inhabitants faced rough evictions and urban displacement. In recent years, several private and public investors started building new houses in the Barrio Sur neighborhood, creating additional challenges in terms of gentrification and community construction.

In this context, the Castalia cooperative was set up in 2015. 11 years passed as the group consolidated and the cooperative was able to access the plot, and Castalia was finally set up through a ‘Previous Saving Housing Cooperative’ scheme. The name – Castalia – was inspired by the idealistic and imaginary city of Herman Hesse’s novel. Today, the cooperative has 47 families. Thanks to collective ownership, these families have gained access to decent housing. Furthermore, they established a way to integrate and actively participate in the cultural and social life of Barrio Sur, a neighbourhood filled with history and identity. 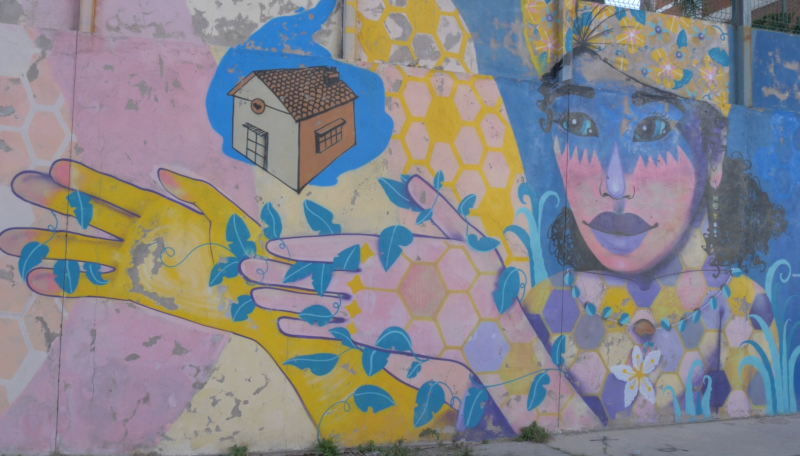