"Nowadays, I have other goals because I visualise them! They are tangible with the new salary conditions. We are not robots, we are human beings and we have feelings and we can have good and bad days. We are together and we have the support of each other"

Up&Go is a cooperatively-owned digital gig platform through which consumers can book on-demand and quality residential and commercial cleaning services, carried out under fair work practices and conditions. In response to the influx of tech giants upending the cleaning industry, Up&Go was launched in May 2017 by domestic worker cooperatives in New York City. Worker-owners - the majority of whom are women and immigrants - establish Up&Go's pricing and service policies, typically earning 25% more per hour than the local industry average wage. On Up&Go, 5% of the service price goes towards maintaining the platform. Whereas many major gig platforms use non-transparent pricing and often collect 20% to 50% of the fee for each job, Up&Go cooperative members also own the company brand and code. Through Up&Go, domestic workers are expanding their economic opportunities both to secure fair wages for their work and to share in the wealth generated by technology. Being in Up&Go has also been an opportunity for members to empower themselves, foster self-confidence and escape from exploitation and harassment. Currently, Up&Go is jointly owned by four worker cooperatives. It also aims to expand its membership to more worker cooperatives. Up&Go was developed with technical assistance from the Center for Family Life in Sunset Park, a community-based nonprofit organization that has been incubating worker-owned cooperatives in New York City since 2006. CoLab Cooperative, a worker-owned digital agency, built the web app. Up&Go was developed with support from Robin Hood Foundations and Barclays. 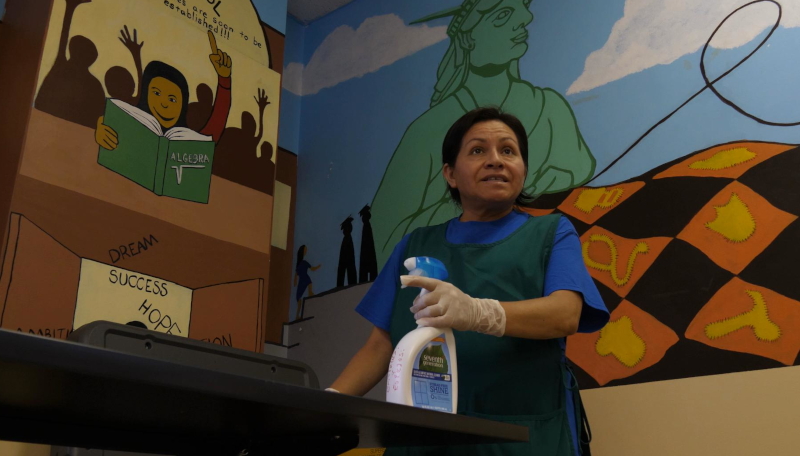